You are here: Home / Archive / The Making of a Miracle 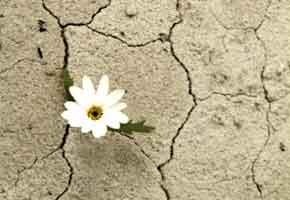 Excerpted from a story told by Dr. Frank Buchman at the World Assembly for Moral Re-Armament held in Riverside, California, June 1948

This afternoon I want to take you back forty years to the time when the then Chairman of the Democratic National Committee asked me to come to State College, Pennsylvania, and see whether I could do anything to settle the differences between the faculty and the students who did not seem to understand each other. He was on the Board of Trustees and he was worried. And he ought to have been worried. There was a strike on, a students’ strike. The atmosphere was antagonistic and he had an idea that I could find the solution. I had no such idea at all. I frankly told him I didn’t think it was my job. But he kept after me and finally I consented to go.

It was there that I found the laboratory that made what is happening here possible. The life of the students reflected the Godless-ness of the place. The first night I got there, there were nineteen liquor parties. Someone said it was so wet you could float a battleship….

Now where do you begin? My job was to turn this university Godwards. That was the problem. The solution would have to be a miracle.

There were three men who were the focal points of the life of that university. The first of these was a fellow with the name of Bill Pickle…. Bill Pickle was an important factor in the life of that university. He was the illegitimate son of a colonel. He had a wife and twelve children and everybody called them the Pickles. His job in the daytime was to be hostler for the local physician. At night he worked for the students to whom he peddled liquor. I used to see his stealthy figure sneaking about the spiral staircases leading to the students’ rooms at all hours of dark nights. He was a friend not only of all the undergraduates, but of all the recent graduates and the old Alumni. At football games and college festivals Bill was a busy man. There was a State law against saloons and he had to supply liquor for the whole place.

Bill soon knew of my arrival and he used to say he would like to stick a knife into me. He was strong, stockily built with a furious walrus moustache and the looks of a roaring pirate. But he had all the charm of a wonderful sinner who could become a compelling saint. I’ll let you into the end of the story. He came to England with me and was at the Oxford Houseparty. He went to the League of Nations with me. And I’ll never forget when we went out to Croydon airport and before we flew to Geneva together, he prayed that the plane would get there safely.

Let’s see how this story develops because this is the sort of thing you are going to do. It will mean a lot to you and it will develop you just the way it developed me. I learned many lessons in Penn State that are the foundation of what we are doing now.

Now the second character of the story was a graduate student who possessed every physical grace and charm. He was one of the most attractive personalities I ever met. He was the son of a Supreme Court judge and the grandson of the Governor of a State. His name was B….

Now B. loved to ride and we rode together a great deal. I knew he was a type of person with whom you used intelligent restraint and nonchalant reserve. I didn’t ever talk to him about the things that meant most to me. Never. We talked about everything else under the sun; and that is an art you need to learn. But B. was getting more interested and intrigued with the atmosphere around me.

We walked those horses fifteen miles to the Club. We settled in for a good dinner. I was chilled to the bone and had several cups of coffee. Then we went to bed.

It was one of those nights when coffee does its work. I heard the clock strike ten, eleven, twelve, one. Finally as the clock struck two my friend said to me, “Are you asleep?”

“I wish you would tell me what Jesus Christ means to you.”

So I told him. We talked on and on for several hours.
Finally he said, “I’m not going to be a Christian.”

So I asked him what he believed in. “Confucius,” was the surprising reply….

Then I said to him, “Try your Confucianism on a chicken thief who is a friend of mine, on his wife and five children and see how it works.”

B. agreed. And for the next few months he gave money to the chicken thief’s wife to keep the home together, paid for treats for the children. He spoke to the chicken thief himself. Somehow he didn’t have much success. The chicken thief was soon in jail for catching chickens by pressing a sponge soaked in chloroform under their beaks, and carrying them off unconscious. One of his sons, who was in the same business, accompanied him to jail. The student worked with the family, did everything for them, and tried to behave as a true Confucianist.

Finally he came to me in utter despair, “I give up. The more I give them, the more they want.”

B. was learning an important lesson. He was trying to solve the whole problem of social service without Christ, treating the immediate surface conditions without touching the root cause.

Now B. was willing to try anything.

So I suggested that since he hadn’t got far with the chicken thief now in prison, we might pray for Bill Pickle. B. agreed readily.
“You pray,” said I. It is always better to get other people to do the praying when possible.

So B. prayed, “O God, if there be a God, help us to change Bill Pickle, Mrs. Pickle and all the Pickles. Amen.”

Some of you would say it wasn’t an orthodox prayer, but it soon brought an answer.

Next day Bill was playing baseball with a team of which he was the manager. In the evening B. and I were on our way to visit some friends who had a lovely country place. They were a charming French family from Haute Savoie, just across from Caux, and the Chinese Minister from Washington was coming to stay with them in the country. They had invited us to see some cows and lassoing of steers–which they thought would interest the Chinese Minister. As we went through town, suddenly B. said to me, “There’s Bill.” He’d been celebrating the victory of his team and was now challenging everybody to a fight.

Frankly I wasn’t too keen to meet Bill, but B. said, “We’ve been praying for him, now’s the time to do something.”

Bill came in sight. Now, I have a good sized nose. You’ve noticed that! I thought to myself, “What if Bill hauls off…”! I once asked a Chinese friend what he would do under these circumstances. “Approach him from his blind side,” he told me.

So I walked up to Bill and put my hand on his biceps so that if he did haul off he wouldn’t haul so hard! But what to do next. The thought flashed into my mind, “Give him the deepest message you have.”

“Bill,” I said, “We’ve been praying for you.” To my surprise all the fight went out of Bill. Tears came into his eyes. He pointed to the church tower. “See that church over there? I was there when the corner stone was laid. There is a penny of mine under it.”

I said, “Bill, your mother must have been a good woman.” He said, “She was a great woman.”

Then I introduced B. “My friend’s been praying for you too.” “That’s decent of him,” said Bill. “He’s a gentleman.” Bill went on, “Why don’t you come and see me sometime?” I said, “Fine, but any time is no time. Make it sometime.” Bill said, “Come next Thursday night at seven.” No real duties in life ever conflict. You’ve got time for Bill when you are on the way to the Chinese Minister. You’ve time for B. And you make a date to see Bill next Thursday night at seven.

So next Thursday we went to see Bill in his unpainted house on Pickle Hill which some wag had christened “Heinz Heights.” It was very interesting. You felt that every knothole had an ear or an eye, but there wasn’t a soul in sight. Bill had told the neighbors that we were coming, and Bill imagined we were coming to change him. That’s just what we were out to do, but we didn’t do it the way he thought we would. And Bill had shaved for the important occasion though generally he shaved only once a week.

We talked about baseball. We talked about football. Of course he went to every game. Bill knew all about horses. We talked all the jargon of college life. Then the time came to go. Bill said, “I’ve enjoyed your visit.” You see he could tell all his friends that we hadn’t changed him. But it’s amazing what that sort of an interview will do if it’s backed by prayer. Bill began to hang about us. He enjoyed our company. He wanted fellowship.

A few days later there was a horse show and he went with B. to see the horses. They spent the whole afternoon talking horses. Bill voted it the best afternoon ever.

Of course the effect on B. was that he began to drop the words “If there be a God . . . .” He said, “There is no question that there is a God because He is answering our prayer.”