You are here: Home / Center for 12 Step Recovery / The 12 Steps to Total and Complete Insanity 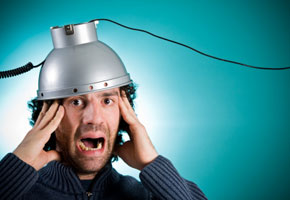 1. We admitted we were powerless over nothing. We could manage our lives perfectly and we could manage those of anyone else that would allow it.

2. Came to believe that there was no power greater than ourselves, and the rest of the world was insane.

3. Made a decision to have our loved ones and friends turn their wills and their lives over to our care.

4. Made a searching and fearless moral inventory of everyone we knew.

5. Admitted to the whole world at large the exact nature of their wrongs.

6. Were entirely ready to make others straighten up and do right.

7. Demanded others to either "shape up or ship out".

8. Made a list of anyone who had ever harmed us and became willing to go to any lengths to get even with them all.

9. Got direct revenge on such people whenever possible except when to do so would cost us our own lives, or at the very least, a jail sentence.

10. Continued to take inventory of others, and when they were wrong promptly and repeatedly told them about it.

11. Sought through nagging to improve our relations with others as we couldn’t understand them at all, asking only that they knuckle under and do things our way.

12. Having had a complete physical, emotional and spiritual breakdown as a result of these steps, we tried to blame it on others and to get sympathy and pity in all our affairs.