You are here: Home / Juanita Ryan / Notes to Our Older Selves: Entrust Yourself to God’s Care

One of life’s great lessons is that much of life is not in your control. It has been critical to your spiritual and mental health and to the well being of your relationships to keep returning to the simple truth that you are not in charge of the universe or of other people. You are not in charge of much of anything.

As you continue to age, you will be living more than ever with a growing sense of diminished control. You will face declining physical health and the resulting need for an increase in doctor appointments. You will experience less freedom to move about and choose what you do and when you do it. You have less ability to cook, or even to have much say about what you eat. You may face a decline in your ability to take care of the basic tasks of daily living. Eventually you may not be able to bathe or dress like you want and when you want. The list of things you do not control is likely to get longer and longer.

One afternoon she was driving in the carpool lane, going east on a busy Southern California freeway. She was on her way to one of her children’s soccer games. Another of her children was with her in the car. Suddenly, two of her tires blew out and sent her car spinning across all the lanes of traffic. She had been traveling at 65 miles per hour and was spinning fast in front of other fast moving lanes of traffic. But, everything seemed to be going in slow motion, as she watched her car and the other cars around her moving, swerving, missing each other, lane after lane. It was like watching an impossible, miraculous dance.

She continued to watch as her spinning car approached the far edge of the freeway, nearing a slight downward slope leading to the parking lot of a shopping mall where people were walking. In that moment, realizing that her car might hit these pedestrians, she called out to God, “Help me!” as she slammed harder on the brakes. Amazingly, her car came to a complete stop before it reached the edge of the freeway and just inches away from a large concrete abutment that was part of a freeway overpass.

Other families on their way to the same game recognized her car spinning out of control. Several of them got off the freeway and circled back to pull up beside her on the side of the freeway in order to offer whatever help and support they could. One family lent her a cell phone to call her son to come and get her, while another took the child that was in her car to the game. Another family stayed with her while she waited for her son.

Your friend had no money to buy two new tires or even to have her car towed. But her son arrived with money from the tax refund he had just received. They were able to get her car off the freeway via the nearby offramp. At the end of the offramp there was a tire store that had the tires she needed. With new tires in place, your friend drove to the game and arrived in time to watch the second half.

This experience was a significant spiritual experience for your friend. It was an experience during which she had sensed God’s presence in every detail. While her car was spinning out of control, she watched, with a powerful sense of Someone greater than herself protecting them and the other drivers, while moving her car out of harm’s way to the side of the freeway. Then she continued to watch as God provided the support of friends, the generosity of her son and the competence and immediate attention offered her by the the people at the tire store.

Even if the story had unfolded differently—even if the outcome had been a totaled car or injuries—your friend came away from the experience with a powerful sense that God’s presence would have been just as tangible.

So, dear older self, I want you to remember that God who loves you is with you. You are daily coming to believe, to trust, in this Power greater than yourself. You are daily making the decision to turn your life and your will over to God’s loving care.

It may not always seem like God is present. It may seem like things are spinning out of control. But keep in mind some of the elderly you helped to support. Even when the events in their lives seemed like they were spinning, you watched how they each were uniquely provided for. Whether they faced macular degeneration, selling their homes to move into a care facility, the loss of a spouse, the loss of a limb, or even dementia in each of these stories you could see the clear evidence of God’s presence and God’s care.

Being unable to control things you once were able to control is a new opportunity to trust the love of others and the care of God. It offers you new experiences of grace as you let go of trying to be in charge and receive more fully the gift of God’s loving presence.

You might want to recite the serenity prayer as one way to stay grounded in this truth. “God grant me the serenity to accept the things I cannot change, the courage to change the things that I can, and the wisdom to know the difference.”

When you are anxious and worried and trying to control things that are not in your control, open your hands, breathe and let yourself relax into God’s loving care.

This meditation is taken from Notes to Our Older Selves: Suggestions for Aging With Grace by Juanita Ryan and Mary Rae. You can get a copy at Amazon.com 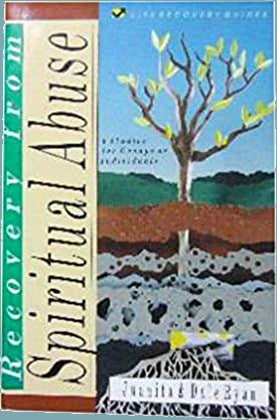 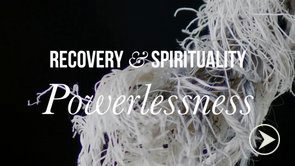