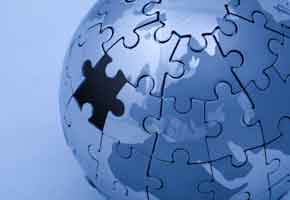 I just finished reading a history of the so-called Opium Wars. It’s not a pretty story. It was the 1830s, and England was importing millions of dollars’ worth of tea from China every year but not selling anything of significance to China in return. As a result it had a huge balance-of-payments problem. England’s solution? Grow opium in India, a British colony, and import it to China. If a large enough market could be created for opium, then England could continue to import its mild stimulant, tea, without damaging its economy.

English merchants were wildly successful at creating a market, but the price for this policy, from the Chinese perspective, was high. By 1840 China’s opium addicts totaled 10 million. Lin Zexu, the Chinese High Commissioner of Canton, wrote to Queen Victoria complaining that Chinese customers spent 100 million taels annually (1 tael equaled 38 grams of silver) on opium, while the entire budget of the government was only 40 million taels. Insisting on a complete cessation of the drug traffic, he remarked, “There is a class of evil foreigner that makes opium and brings it for sale, tempting fools to destroy themselves, merely in order to reap profit.”1

While the Chinese were learning from painful experience about the high price of addiction, the English were learning about the benefits of being drug dealers. By 1870 almost 15 percent of the English national budget came from taxes on opium. They were as addicted to the income as the Chinese were to the drugs. In public, of course, the English defense of the drug trade was cloaked in arguments about “free trade.” Any interference with the importation of opium to China could not be tolerated; it was an offense against the “free market” and “world commerce.” Someone was going to be the dealer, proponents argued, so why shouldn’t hard-working English merchants have the opportunity to benefit from the free market system? Thankfully, some voices rose up in opposition to the state-sponsored English drug dealers. William Gladstone, an opposition member of Parliament, said of the first war with China over opium: “A war more unjust in its origin, a war calculated in its progress to cover this country with a permanent disgrace, I do not know and I have not read of. . . . [Our] flag is become a pirate flag, to protect an infamous traffic.”2 But such opposing voices were too few and too disorganized to have much impact on the lucrative opium trade.

The long-term impact of English greed and Chinese addiction is a tragic story. England acquired its most successful and profitable colony, Hong Kong, by turning a substantial portion of the Chinese population into drug addicts. Opium played a much larger role in subsequent Chinese history than the English drug dealers had ever imagined. By the time Japan invaded China during World War II, 40 million Chinese, 10 percent of the entire population, were estimated to be addicted to opium. For British-controlled Hong Kong, the estimate is closer to 30 percent. Not until the Communist takeover in 1949 did things change significantly—and then only because of Mao’s ruthless policies. Dealers were executed. And although users were often treated humanely, many of them also were executed after relapsing. Not exactly an enlightened treatment philosophy.

So is this just an interesting bit of history? The World Health Organization (WHO) estimates that by the year 2025 10 million people annually will die of tobacco-related causes. The United States is the world’s number-one exporter of cigarettes, producing one-fifth of the world’s supply. When the WHO met recently in Geneva to finish negotiating a global treaty that would govern tobacco advertising, cigarette labeling and taxation, the countries most negatively impacted by the tobacco trade argued for restrictions, higher taxes and bans on advertising. The nations who benefit most from the trade talked about “free trade” and “free speech.” Major U.S. public health groups such as the American Cancer Society and the American Heart Association accused the U.S. Government of being the “primary obstacle” to a strong treaty because of the economic benefits that the U.S. receives from the trade in tobacco. Dr. John Seffrin, CEO of the American Cancer Society, said of the negotiations: “At this crucial state, the United States is working methodically to weaken virtually every aspect of this treaty.”3

Nicotine addiction is, of course, not the same as opium addiction. But both kill. Here’s the bottom line. (1) There will always be people who benefit from addiction. Dealers will make money. And they will defend their practices using terms like “free trade.” (2) Most people who make money selling addictive substances will find ways to avoid facing the long-term impact of their behavior. (3) Addiction will always be an international, cross-cultural business. (4) If addiction is a global issue, then recovery needs to be a global response.

I know that today it may be necessary for you to stay focused close to home. The issue for you may be, How am I going to stay sober today? But the time will come in your recovery when it is appropriate to think about reaching out to those who still suffer. Even now it might be appropriate to say a prayer on behalf of the people God is raising up in various parts of the world to share their experience, strength and hope.

We pray that the Lord of all the Earth will bring light into the darkness of addiction wherever it has taken root.

1. W. Travis Hanes and Frank Sanello, The Opium Wars: The Addiction of One Empire and the Corruption of Another (Sourcebooks Inc., 2002), 39.