You are here: Home / Archive / It Takes a Village to Raise an Addict 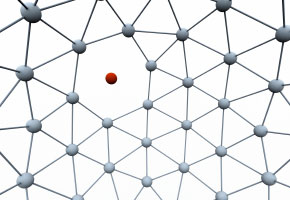 I recently read a report entitled “The Formative Years: Pathways to Substance Abuse Among Girls And Young Women Ages 8-22” which was published in 2003 by the National Center on Addiction and Substance Abuse at Columbia University. One of the most extensive studies yet of substance abuse in young girls, their conclusions make very clear that substance abuse is not just something going on inside an individual’s brain.

Here are some quotes from the study’s conclusions (with my titles) :

It takes expensive marketing campaigns to raise an addict:
“A new breed of sweet-tasting alcoholic beverages known as “alcopops”–fruit-flavored, malt-based drinks that come in colorful packaging–hide the taste of alcohol and may be particularly appealing to girls. British girls, ages 11 to 16, drink alcopops more frequently than any other alcoholic drink; girls are likelier than boys to prefer alcopops to other types of alcoholic drinks (56.4 percent vs. 37.1 percent).”

It takes ineffective churches to raise an addict:

“The more frequently girls attend religious services, the less likely they are to report smoking, drinking, binge drinking or drug use.”
but

It takes medical negligence to raise an addict:

It takes troubled families to raise an addict:

“The worse a girl’s relationship with her parents, the earlier her initiation of alcohol use and the greater her likelihood of drug use.”

The reason for emphasizing the systemic nature of substance abuse is not to suggest that addicts are not responsible for their own personal behavioral choices. The society-made-me-do-it excuse is just another form of denial. Nor is the point to spread the ‘blame’ around. Nothing good comes from the blame game–no matter how thinly the blame is spread out. The reason for emphasizing the systemic nature of the addictive process is that little progress will be made in reducing drug and alcohol abuse without a systemic response. We need healthier families, healthier peers, a more responsive medical community, better informed and pro-active schools, better informed and pro-active clergy and congregations. We need better informed and more pro-active public policy makers. And we need a dramatic change in how the media portrays substance use and abuse. And even more effective controls on how alcohol and tobacco are advertised. It really does take a village to make an addict. And the whole village will need to change if we hope to reduce the number of addicts we create. No one is without a role to play.

What is true of addiction is also true of recovery. It takes a village to make sobriety possible. There are people who seem to be able to sustain a kind of white-knuckle, trying-harder, just-say-no kind of sobriety for long periods of time. But, more often than not, it just leads to exhaustion. And that leads to relapse. Without a support system the quality of our sobriety will be very poor. Sober and miserable is better than not sober. But sober and sharing in the experience, strength and hope of many other people, is a whole lot better than ‘sober and miserable.’

May God help you to do whatever it takes to find a supportive community in which to do the hard work of recovery.

And may your roots sink deeply in the soil of God’s love.