You are here: Home / Archive / Recovery Mutants from Zardoz 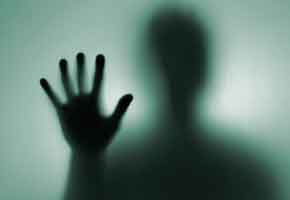 I have met people who think that recovery turns ordinary individuals into whining, self-absorbed, irresponsible, blaming, childish, incompetent, unbalanced, personality-disordered victims. (Why does that sound like the story line from a B-grade sci-fi thriller? The Recovery Mutants from Zardoz spread terror by seeding alien thoughts into the minds of helpless Americans!). Other people have expressed the concern that our whole culture is becoming like this – a culture of victimization. I suppose this kind of concern is a necessary companion to the wide-spread public acceptance of recovery as a legitimate journey in life. You can’t have John Bradshaw featured on PBS and not generate some hostility. I don’t, however, think that we should dismiss these kinds of critiques as mere ‘backlash’. Even though hostile critiques of recovery may anger many of us (especially when they come with a coating of Christian language and Christian sentimentality), we still need to pay attention and to prepare ourselves for this kind of reaction. So, let’s ask the question: do people in recovery have distinctive, negative personal qualities like whining, self-absorption, and irresponsibility?

Probably the first thing to say is that there are all kinds of people in recovery. We are not all one kind of person. The recovery community is full of a rich diversity of journeys. Generalizations about the character qualities of ‘people in recovery’ aren’t any more helpful than generalizations about gender or racial heritage. The statement ‘people in recovery are self-absorbed’ is very much like the statement ‘people from the South are narrow minded.’ They suggest, at best, that a speaker is unfamiliar with their subject.

A second obvious point is that recovery is about change. Recovery involves identifying character qualities that we want to change and working a disciplined program that makes change possible. It doesn’t fit reality very well to say ‘people in recovery never whine.’ Or ‘we never get self-absorbed.’ Most of us have a fairly long list of character qualities that we wish to change. What doesn’t help at all, of course, is for other people to attempt to do a generalized one-size-fits-all inventory for us, or to list the things we ‘should’ change. If that kind of ‘help’ were helpful we would probably all be better by now.

Thirdly, one of the things that makes change possible is a sympathetic, grace-full understanding of the emotional roots of our current character qualities. People who have lived through traumatic experiences will struggle, for example, with hypervigilance (we tend to overprotect ourselves when there is no threat), and with dissociation (we tend to underrespond when threats are real). In order to change these qualities of character we first need to remember that these are skills which helped us to survive in very dangerous environments. Hypervigilance is an asset in dangerous territory. Dissociation is a kind of emotional protection in otherwise traumatizing situations. They may not be very helpful when we are having lunch with a friend or hugging a lover. But, in genuinely dangerous territory, these are useful skills; skills which we need to learn to use properly. We can affirm these skills at the same time as we move on to develop a broader range of skills for daily living.

Or take ‘whining’ as an example. It’s difficult to think of much, if anything, good to say about whining – it is an unlikable character quality. But, even in this least likely of character defects, there are intimations of grace. Whining may have served us well in environments where all other avenues to recognition were closed. And, it has been my experience, that a whine may also be a kind of inarticulate confession – an effort, as yet undisciplined in the ways of confession, to tell part of our story. Many a wise counselor has seen in a ‘whine’ a pathway to the roots of a person’s struggle. Our story may come out like a whine, it may come out like a scream;the important thing is that we put our story into words and share it. We will be inarticulate at first. Others will, no doubt, shame us for being inarticulate. But we can put our trust in the God who encourages confession, the God who honors us when we tell the truth.

There are at least three problems, then, with statements like ‘people in recovery are self-absorbed’. First, it is too broad a generalization. Second, it may be a shame-based attempt to do our inventory for us. And, third, it ignores the value of our character defects; a season of self-absorption can be very functional for people who have spent years running from their thoughts and feelings.

May your roots sink deeply in the soil of God’s love.