You are here: Home / Center for 12 Step Recovery / Grace in Action 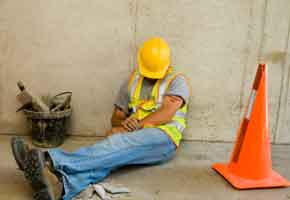 The hard rule of grace is that there is nothing you can do to earn it. Anything we do to try to earn grace cuts us right off from The Source. We can’t experience God’s grace unless we are willing to let God give it to us—not an easy task.

Accepting grace means ceasing our efforts at control and putting an active faith in the Unseen. Most of us can’t relax our control muscle longer than a second before we get too agitated to sit still. Can’t I just fiddle with things a little bit? Surely God could use a hand. Really, isn’t this emphasis on receiving grace just an excuse to lie around, passively waiting for God to do all the work? After all, this world is in bad shape and there is plenty of stuff for me to do!

Objections like these arise from our basic fear that God will not come through on his promise to us. Some part of us really believes that if we don’t make grace happen in the world, then the world will be without grace. The truth is that if the world is depending on our efforts for its grace, then we live in a hopeless place indeed.

Of course, accepting grace does not mean that we are supposed to lie on the floor somewhere, waiting for God to move heaven and earth for us. Such behavior would constitute a passive-aggressive attempt to control God. There are things for us to do in the Christian life, but this does not mean that our actions place us in control of grace. One way to look at it is that when grace is really at work, we receive our activity from God, and our activity nutures in us a receptive attitude toward God.

Consider the Twelve Steps. The Steps promise a saving experience of God’s grace as a result of working through a list of twelve actions. Many people believe this to mean that the Twelve Steps are a formula for attaining some kind of spiritual experience—a magical recipe of sorts. They have all the tools they need to maintain their own spiritual condition and thus to keep themselves sane and sober. People who approach the Twelve Steps with this attitude often write inventory, make amends and help other addicts as a means of controling their own recovery.

But what would our practice of the Twelve Steps look like if we received these twelve actions instead of “worked” them? When writing inventory, we would let God give us insight, rather than trying to figure ourselves out. When making amends, we would let God open us to the pain and need of people we’ve harmed, rather than use amends as a tool to gain forgiveness for ourselves. When acting as sponsors, we would let God introduce us to our sponsees’ needs and show us how to help them heal, rather than setting an agenda for our sponsees and expecting them to have the same experience we had. Further, we would not treat the Steps as a means of controlling our sobriety. We would understand each day of sobriety as a gift from God. The shift is subtle, perhaps, but it makes all the difference. We may be performing the same actions, but we do so with a whole new spirit. When we stop being in control, we let grace seep into our activity—grace in action.

In this issue we present two articles originally delivered as presentations at the STEPS 2005 conference. In “Grace for Dummies,” Jeff VanVonderen speaks of the value of brokenness in receiving grace. Grace is the free gift of Christ alone, which we cannot expect to earn with the “Jesus plus” formula. In “Letting Go and Letting God,” Dale Ryan examines the biblical basis for this well-known recovery principle and finds that the whole narrative of the Bible is interwoven with the theme of God’s insistence that we receive our grace from him. Enjoy.