You are here: Home / Center for 12 Step Recovery / Relapse and the Brain 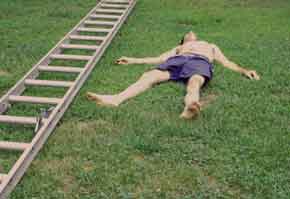 by Michael Dye and Patricia Fancher

In very simplistic terms, we have two parts to our brains. The first part is the neocortex. It is located in the front of the head and receives and stores information for decision making and remembering. The other part is called the limbic system, which controls all the automatic systems of the body and the emotions. Most importantly, the limbic system controls the survival responses, i.e., "fight or flight." When you feel threatened, these protective responses tell you either to defend yourself or to run away. The limbic system doesn't have a memory like the neocortex. It doesn't know the difference between yesterday and 30 years ago, which explains why some of our childhood traumas still trigger us so powerfully today. It is the limbic system that is most affected by our beliefs, behaviors and addictions. The limbic system can be negatively programmed through traumatic experiences such as growing up in a dysfunctional family.

Drugs, alcohol and other compulsive behaviors have programmed the limbic system to avoid awareness of uncomfortable thoughts and feelings instead of making healthy responses to resolve fear.

Events come through our senses and are fed into various parts of the brain. The limbic system colors or tags these events with degrees of response as either safe or dangerous. If tagged dangerous because of past trauma, either real or imagined, it reacts by creating anxiety or depression. If the event is tagged having to do with survival, the limbic system can create a focused craving for behavior that has been associated with survival in the past. The craving focuses our attention on that behavior until we feel safe or normal again. Thus an addiction is created. Addiction is not about getting high but [it provides] a way to feel normal (free of stress). The conscious mind learns to cooperate with the survival behavior (addiction) and protects it from being challenged by a filtering process called denial. The result is the addictive brain.

The limbic system learned that having needs in a dysfunctional family resulted in vulnerability, hurt, abandonment, and isolation. In order to survive day after day in a dysfunctional/threatening atmosphere, a person has to find a system of thought that will allow for survival. One way they may have done this is by thinking "I don't need anybody. If I don't need anybody, I'm not vulnerable. If I'm not vulnerable, I don't get hurt." (Of course, this is a survival lie.) Every time a feeling of vulnerability is experienced, fear creeps in and warns, "Danger!" Feelings of fear and panic signal you to flee from possible hurt.

This limbic process responds automatically and subconsciously. Even after the painful or traumatic situation is over, the subconscious still believes that "If I have needs and trust other people, I'm going to get hurt and I won't survive." When trust issues come up today, the limbic system reacts as it was programmed to perceiving fear of vulnerability.

This fear can be expressed in rage, self-gratification and mistrust which creates a survival personality. Your survival personality makes you feel in control (free of fear and stress). This false sense of control is often achieved through self-gratification or compulsive/addictive behaviors which temporarily removes the awareness of the unwanted thoughts and feelings. The limbic system reacts to or controls basically three areas: food, sex and safety. Which is why all our compulsive/addictive behaviors are in these three areas.

To change, you must reprogram your brain by first discovering these false beliefs and then replacing them with the truth. You will realize that you have been sabotaging relationships by believing you don't need anybody. The truth is you need to trust God and others. The limbic system will make it very difficult for you to make changes that involve risk (like recovery) unless it feels it is safe. And it's not safe to take risk alone.

Even though you've discovered false beliefs, uncovered the lies and know a new truth, there is a time lag between what your limbic system believes and what your neocortex has learned. This is called limbic lag, a process that can be anywhere from a couple of months to years, but it will get shorter as you continue to challenge the false beliefs (traumatic memories) and risk trusting people. You may have fear and panic attacks, but once you go through them without doing the old behavior, your limbic system will say, "Oh, we went through that and actually survived." The next time you experience the fear it will be less, and you will be able to make a good choice rather than overreacting with a "fight or flight" response.

Old automatic habits aren't changed quickly or easily, and are stronger when we're tired. Many recovering addicts and trauma survivors have programmed the survival part of their brains with thousands and thousands of instances of avoiding unwanted thoughts or emotions choosing not to "fight" with their issues, but to take "flight" into their addiction. Over time, this "flight" pattern becomes an automatic reaction. With a new identity based on new beliefs, they can change that flight pattern or reprogram their limbic system.

Change happens one decision at a time. No matter what your emotions tell you would feel good to do (drugs, alcohol, sex, food), listen to what your mind knows, and do what is best or right. If you continue to apply this key thought, you will begin to break the "flight" pattern, and decrease the time of the limbic lag process.

Drugs and alcohol are anesthetics. They do one thing: they kill pain. It is reasonable to assume that when you give up the anesthetic, you will feel the pain, discomfort and uneasiness. Knowing what to do when this occurs is a critical skill in relapse prevention. Relapse prevention is finding new appropriate ways to respond to painful situations. In order to learn appropriate responses to pain, addicts have to allow themselves to feel. The two most common responses to pain are anger and anxiety.

Anger is one of the most common responses to pain. This kind of response becomes "normal" in dysfunctional families where no one can admit problems or fears. Anger helps us cope with pain by physically making us tense, which causes excitement, releasing adrenaline and endorphins, diverting our attention from the pain. An angry response produces a neurochemical response similar to taking cocaine.

Most people say that anger makes them feel bad afterwards, but in the moment anger itself makes us feel "big, right, strong, aggressive and powerful." Anger is a powerful physical and emotional anesthetic. Heroin is a powerful pain killer. When I ask heroin-addicted clients, "How much heroin would you have to do for you not to feel it if I hit you in the face as hard as I could?" their answer is always the same: "Right on the verge of overdosing and dying." Similarly, when a person is really angry, he can be hit in the face and not feel it.

Consciously or subconsciously, we have learned to use emotions such as anger to kill pain and to avoid subconscious, unwanted thoughts, feelings, and memories. Many addicts have an addiction to anger as well as drugs, especially if their role models were "rageaholics." Healthy people move towards their pain and face it courageously. Although risk is uncomfortable, we all enjoy the feeling that comes through conflict resolution and a clear conscience. Holding on to anger or avoiding things that need to be dealt with takes a tremendous amount of energy. Repressing the awareness of unresolved conflicts leads to exhaustion and resentment.

Anxiety is equally used as an anesthetic to cope with feelings. Though uncomfortable, this emotion releases a neurochemical or neurochemicals that cause the body to speed up and avoid depression. Dr. Stiles in his book Thorns in the Heart states that:

Besides making us alert in crisis situations, anxiety has an additional function. It serves as an antidote to emotional and physical pain. Since anxiety is commonly thought of in connection with pain and distress, its pain-masking function may come as a surprise. If anxiety causes emotional pain, how does it also stop it? In modest amounts, anxiety is an effective smoke screen.

Here's where the trouble begins. When we find anxiety has served us well in a particular situation, such as masking pain, we may deliberately use it again. At this point our lower brain begins to record our response. Soon, an imprint, or habit, develops and we have learned anxiety. In time, anything triggering these learned patterns, or imprints, will produce the anxiety responses.

If a person holds on to two small unresolved resentments which produce anxiety each day, in a year they would add up to 730! How many resentments do you think a person can hold inside as unresolved problems before that person relapses? What we know is this: resentment relapses alcoholics and addicts. As it says in The Big Book of Alcoholics Anonymous: "Resentment is the ‘number one' offender. It destroys more alcoholics than anything else; from it stem all forms of spiritual disease."

Relapse is a predictable process. It has identifiable stages, each of which has a distinctive neurochemical basis. The FASTER Scale is a neurochemical model of relapse that identifies specific high risk behaviors for each stage of the relapse process. Before relapse happens, many biological, psychological and social changes affect our neurochemistry. Addicts speed up their avoidance behaviors, increasing anxiety and anger to mask pain. This depletes endorphins, causing hopelessness and exhaustion. In this state of exhaustion, addicts isolate and feel they cannot cope without chemicals.

Every letter in the word "FASTER" stands for one of the steps in the relapse scale. This scale reflects a progression of strong emotions that mask pain. It explains neurochemically what almost every addict goes through in his descent to relapse. Remember, anger and anxiety release adrenaline and norepinephrine, which speed up the body. After speeding up we get ticked off and then exhausted.

All the steps in the relapse process have one thing in common: procrastination. A problem that was never dealt with begins each state. As you fail to deal with problems, you move down the FASTER scale. Crisis comes at a time when you are least able to deal with it emotionally. The short version of the FASTER scale is forgetting priorities—speeding up—ticked off—exhausted—relapse. To interrupt the descent into relapse, addicts must take responsibility for where they are on the scale by becoming aware of their behavior and make good choices to stop the downward spiral.

Reprinted with permission, from The Genesis Process: A Relapse Prevention Workbook for Addictive/Compulsive Behaviors by Michael Dye and Patricia Fancher. To purchase a copy of this workbook or for more information contact Genesis Addiction Prevention Programs, 6211 Avenida Ganso, Goleta, CA 93117. Voice: 805-964-7953. Email: m.c.dye@att.net