You are here: Home / Center for 12 Step Recovery / Stories from Three Recovering People About Their Amends 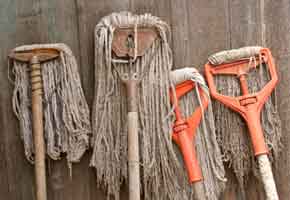 The first amends I made was to a restaurant where I used to work in New Hampshire. In my head I was expecting to get relief from making the amends. I wasn’t thinking about what I could do for my former boss. I was only thinking about how I was going to feel coming out of it, because I was expecting a spiritual experience. I was all excited about how it would make me feel.

My sponsor drove me down to the restaurant and I was filling my pants. I was wicked scared, dude. I stole money from this guy. I was his head chef; he had me running the kitchen. He trusted me to the point that he would ask me who to hire and fire. He even asked me if I would someday want to start up another business with him. He liked me a lot.

I stole money from him. I shot dope in his bathroom. I stole booze from him. I called in sick a lot because I was going to buy dope. I told him that I had a prostate infection; once I said that I just ran with it. I’d call him up and say, “I can’t come in. I’m in Boston at the doctor’s and they want to do some tests.” After a while, I’d use that excuse often.

When I applied for work there he said he didn’t need anybody but I convinced him to hire me by talking about how I was in recovery. I talked all this stuff to him about the Steps, and I was still getting jammed. When he hired me he said, “I’m only hiring you because you’ve been so honest with me.”

We pulled up to his place. It wasn’t open yet, but I saw that his car was there. My sponsor said, “Just keep praying.” When I opened the front door he was standing right there in front of me, and he was a pretty big guy, too. I said “Hi, Ed.” He shook my hand but didn’t say anything.

So I said, “As you know, Ed, I’m a drug addict and an alcoholic in recovery. I have to do certain things to get better, and one of those things is to right my past wrongs. I’ve wronged you. I stole from you. I used drugs on your premises. I drank on your premises. I was a bad employee.” I said, “If there’s anything I can do to make this better, I’d be more than willing.”

He just looked at me and said, “Ari, there isn’t anything you can do to make this better. I don’t care about the money. You came in here and you lied to me from the beginning. You broke my trust. You stole from me. My son looked up to you like a big brother,” and he went on and on. He said, “We’re not friends anymore. I don’t want to talk to you. I don’t want to see you, and that’s it.” Then he asked me how my parents were. He said, “How’s your mom and dad?” I said, “Good.” He said, “Good. Now get out of here.”

I walked out of there feeling really bad. I went out to the car where my sponsor was all smiles and said, “How’d it go?” I said, “It sucked, dude. He told me to screw.”

We talked and my sponsor told me that I went in there with the wrong attitude. He said, “Well, this process isn’t about you anymore. You went in there expecting to feel good, and that’s not what this is about. You are supposed to go in and try to make the other person feel good.”

I thought I blew it, but my sponsor said that it actually was a powerful experience, because now I knew how to approach the rest of my amends.

I had to make an amends to my cousin. He’d worked the Steps and been in recovery ahead of me. I’d seen him grow and change, and that was part of what motivated me to be interested in recovery. In the meantime, I was staying in a place where what I was most interested in was myself. I had all this weird baggage in my head, and I would take it to him hoping that he would talk to me about it and that I would get answers. My approach to the relationship was, “What can I get out of it?”

When it came time to make amends I talked to someone else and got advice on how to go about making amends. My cousin was on my list, and it turned out that he was the first amends that I made. I told him that I had been selfish. I focused on two things that I had done that stood out to me. At the time I thought that making amends was about telling people where I had lied, stolen, or cheated and to be as specific as possible about what I’d done. So I brought those two things to my cousin, and I said, “If there is anything I can do to make it better, tell me.” He was supportive and friendly. We spent some time together after that, so I felt that I was able to make something of a living amend.

I’d already told him that if there was anything I could do to make things right, for him to tell me. I learned that once that’s said, a response might not happen instantly. I’ve imagined how I would react if someone made amends to me and asked me what they could do. I don’t think I’d be able to say right on that heartbeat what was really going on for me. It would take time.

My cousin and I wound up talking on the phone later because I had some other amends to make, and he offered his insights based on the amends I had made to him. He told me that he had completely forgotten about the two things I’d made amends for. What I thought was way off the mark. He told me that my self-centeredness had caused him the most harm in our relationship. He gave me the opportunity to listen to what he had to say. It was a humbling experience, but it felt really good. It was not uncomfortable or painful. He had made amends himself, so he knew how it felt. To have someone who has that kind of honesty to offer and to be in a place to accept it felt good. It opened up an opportunity to change.

That conversation erased the awkwardness that I felt around him. I had always been on guard, wondering why I didn’t get the response I wanted. Guessing that he seemed tired or that something was going on with him, I used to worry about that, but now I can just be there with him. This comfort came from two things: (1) I learned that I don’t always know how I’ve harmed people, and (2) this process enabled us to be honest with each other.

I had one amend that I conveniently forgot to put on my Eighth Step list. Two years later I remembered that one night me and my buddy got high and climbed the roof of the local mall. We had some spray paint, and we messed up the mall’s roof really bad. When I remembered that, I thought of the mall manager who had to go up there and look at the mess we had made. The mall was losing money then, and the guy probably had enough to worry about without having to deal with that mess. It’s the kind of thing that could make you give up hope in people. At least, that’s the image that came to mind.

I didn’t want to make that amend, but I was sponsoring a guy through the Big Book, and it was eating at me. How was I going to tell him to make hard amends if I couldn’t make one to the mall? I was afraid I’d go to jail and that they’d sue me for everything they could get. I kept “forgetting” about that amend, trying to push it out of my mind. I’d tell myself, “Yeah, I’ll get to that,” and then put off calling for weeks. But not calling made me feel bad.

I told myself that if I had to go to jail or pay a lot of money, it would hurt my wife and son. When I finally got around to talking to my wife about it she just laughed. She said, “Do it. It would be funny if you went to jail.” I thought, “So much for that excuse.”

I got the phone number for the mall off their web page and carried it around in my pocket for a month. I was just hurting myself, but I was scared. Then when I did call, they said, “Call back on Monday. The lady you need to talk to isn’t in.” So I called Monday, and they said Tuesday. The same thing happened Tuesday and all week.

Eventually, I got hold of the lady about two weeks before Christmas. By this time she must have had a bunch of notes on her desk saying that some drug addict had been calling her all week.

I told her who I was, and before I could say anything else she stopped me. She said, “I think it’s wonderful what you are doing, and I know what I want you to do. The toy drives have been hurting this year because the troops are in Iraq, so I want you to buy some toys and donate them and we’ll call it even.”

I said, “That’s it? Great!” Maybe I shouldn’t have been too excited about getting off easy, but I was.

I called the toy drives, and they had just stopped picking up toys. That meant I had to go into Christmas rush shopping to get a bag of toys and then take the subway downtown to the toy drive’s office before they closed. On any other Christmas, standing in those lines would have been enough to ruin my day, but I was just happy to be there thinking about what kids might like. We dropped the toys off and then I thought, “Some of those toys need batteries.” So we went out and bought batteries, too.

Afterward, my wife and I both thought that this was something we should do every year. We had that much fun doing it. And why only do something good when you’re making up for something bad? Sometimes it takes a long time for simple ideas to sink in.