You are here: Home / Center for Spirituality and Recovery / God as We Understood Him : Too Christian or Not Christian Enough? 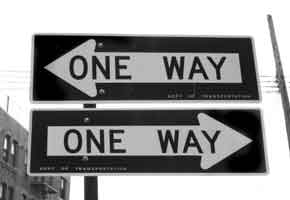 One of the most common criticisms made of the 12 Steps by non Christians is that the steps are entirely too Christian. Wendy Kaminer in her popular anti-recovery book I’m Dysfunctional, You’re Dysfunctional says this: "Although the literature about recovery from addiction and codependency borrows heavily from family systems theory and seems, at first, an offshoot of pop psychology, it’s rooted most deeply in religion. . . .More than they resemble group therapy, twelve-step groups are like revival meetings, carrying on the pietistic tradition." (Kaminer p 3) It is sentiments like this which have led to the development of recovery strategies which are decidedly less Christian in their orientation such as Rational Recovery.

In spite of this, one of the most common criticisms of the 12 Steps by Christians is that the steps are not Christian enough. When Christians say this they are not, at least not usually, talking about the principles of the twelve steps. It would be difficult to argue that confession, surrender, making amends, seeking conscious contact with God and the other actions encouraged by the steps are anything less than Christian. The focus is rather on the language of the twelve steps. Most importantly, many Christians think that phrases like ‘higher power’ and ‘God as we understood him’ are too unclear or unspecific to be considered Christian.

Many Christians experience the phrase "God as we understood him" in Step 3 to be the most problematic part of the 12-steps because it contains no Christological affirmation. As a result of these concerns many Christian programs use a Christianized version of Step 3 such as: "Made a decision to turn our will and our lives over to God through Jesus Christ."

There are at least two main advantages for Christians of using this ‘Christian’ version:

First, it makes support for the program in the Christian community easier to acquire. And secondly, it clarifies what we believe really happens in the recovery process. These advantages are real and, in some situations, seem to me to be compelling.

There are, however, at least three potential disadvantages of using a Christianized version of the 12-steps.

First, it makes support for the program from secular sources more difficult to acquire. There will always be a portion of the 12-step community who treat the wording of the 12-steps as sacred language which cannot be improved and ought not to be altered.

Secondly, including an explicit Christology to the 12-steps may lead some people early in recovery into theological speculation or disputations just when they really need to focus on pragmatics. It runs the risk of changing the steps from the ‘spiritual kindergarden’ which it’s authors intended into a theological discussion.

Thirdly, the phrase ‘as we understood him’ in the 12-step tradition has served as a kind of call to spiritual humility – a recognition that the spirituallity we have practiced in the past has not kept us sober and that we may need to change. Afterall when we get to Step 3 we probably are beginning to realize that whatever our theological convictions, no matter how orthodox they may be, they haven’t kept us sober. What we really ‘understand’ about spiritual things may need to change. In AA literature there is a particular concern at this point for religious alcoholics. Listen, for example, to what they say in The Twelve Steps and Twelve Traditions about Step 2:

Now let’s take the guy full of faith, but still reeking of alcohol. He believes he is devout. His religious observance is scrupulous. He’s sure he still believes in God, but suspects that God doesn’t believe in him. He takes pledges and more pledges. Following each, he not only drinks again, but acts worse than the last time. Valiantly he tries to fight alcohol, imploring God’s help, but the help doesn’t come. What, then can be the matter?

To clergymen, doctors, friends and families, the alcoholic who means well and tries hard is a heartbreaking riddle. To most A.A.’s he is not. There are too many of us who have been just like him, and have found the riddle’s answer. This answer has to do with the quality of faith rather than its quantity. This has been our blind spot. We supposed we had humility when really we hadn’t. We supposed we had been serious about religious practices when, upon honest appraisal, we found we had been only superficial. Or, going to the other extreme, we had wallowed in emotionalism and had mistaken it for true religious feeling. In both cases, we had been asking something for nothing. The fact was we really hadn’t cleaned house so that the grace of God could enter us and expel the obsession. In no deep or meaningful sense had we ever taken stock of ourselves, made amends to those we had harmed, or freely given to any other human being without any demand for reward. We had not even prayed rightly. We had always said, "Grant me my wishes" instead of "They will be done." Therefore we remained self-deceived, and so incapable of receiving enough grace to restore us to sanity."

No matter what our theological convictions, early in recovery we need to face the fact that our current beliefs, practices and convictions have not led to sobriety. This is a difficult pill to swallow for everyone. But it is absolutely essential for recovery. In sum: the danger of replacing ‘God as we understood him’ with a specific theological affirmation is that people who already share this theological conviction may not experience a call to spiritual humility at this point in the process. Or they may "hear" the message "you need more faith" (the issue of quantity of faith) rather than the message "it’s ok to start from where you are but your faith will surely need to be transformed" (the issue of quality of faith).

Finally let me emphasize that when discussions about this kind of stuff wind up being mainly about language I try to remind myself periodically that it is not the steps and their particular form or language that make recovery possible. There is nothing magical about words on paper. It is DOING the things that people DO when they DO the twelve steps that is so powerful. What people actually DO in recovery is to practice spiritual disciplines like confession, surrender, testimony and making amends. That’s what people DO in recovery. If you can create groups where these disciplines are actually practiced, I believe God will respond in powerful ways.