You are here: Home / Resource Center for Families / Resources for Codependents / Intervention: Helping Someone You Love 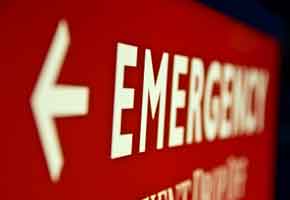 What do you think of when you hear the word “intervention”? The word intervene simply means to interrupt or interfere. For most people who are familiar with the phenomenon of intervention, the word conjures a scene of a room, usually an office, a group of people sitting nervously and secretly waiting for the arrival of the person of concern, or the “PC,” who is being led to them under the illusion of going there for some other purpose. The counselor/interventionist then guides the group through confrontation after confrontation about the PC’s unhealthy lifestyle and the harmful effects it is having on that person’s health, job performance, and coworkers, and on the psychological and emotional well-being of family members, probably including generations of family members. Finally, the PC breaks down, says, “Yes, I will get help,” and is then smothered by tearful, grateful hugs. Or the PC jumps up and storms out the door as those who have gathered there sit in shock, some of them wondering if they ever should have gone through with the intervention in the first place.

While it is true that either of those two scenarios might take place, providing intense drama for all those involved, typically there is more drama than what was described here. Much more. First of all, few interventions result in such “clean” results as simple capitulation or escape. Second, the intervention is usually preceded by a series of events leading up to a crisis that causes the PC’s family members and friends to realize the need for an intervention. And third, behind the scenes prior to the intervention are concerned people who are pleading with the PC to stop the destructive patterns, and who are begging friends, neighbors, clergy, counselors, family members or crisis hotline volunteers for suggestions about what to do. These concerned people sometimes are referred to professional interventionists.

The interventionist begins by working behind the scenes as well, orchestrating the time and place for a preintervention training session and deciding who should be present at that session; determining which participants will be the most effective in the intervention, and weeding out those who are likely to sabotage it either while it is going on or beforehand by tipping off the PC; prearranging admission to appropriate recovery services by contacting doctors, lawyers, psychologists, inpatient and/or outpatient treatment centers, and other sources, should the PC become willing to admit the need for help and accept it; and anticipating the PC’s predictable reasons for refusing or delaying treatment—such as commitments to job, family, or the legal system—and making appropriate arrangements. Then there is the preintervention training session itself. And finally, the intervention, which—far from the simplistic description given earlier—often becomes an undertaking of monumental proportions. After all that, a medical escort also may be needed, to ensure that the PC arrives at the appropriate facility.

When a person’s life is no longer under control, we call it a crisis. Until that time, the PC has been walking a stressful, dangerous, perhaps life-threatening tightrope. Friends and family have been the helpless and unwilling audience of this balancing act, sometimes feeling like they are on the tightrope as well. When the crisis occurs, it’s like the PC has fallen off the tightrope. The PC has gotten fired, abused someone and gotten arrested, received a drunk-driving ticket, or any of a myriad of other experiences. The PC is now dangling by a fingernail. It is an emergency. Action is imperative. Time is of the essence.

Yet all too often, people who care reach toward the tightrope and prop the PC back up, or reach down and pull him or her back up onto the tightrope with them, to resume the act, while they wait anxiously for the next incident and hope that it never comes or at least that it won’t be too serious. They do this because they don’t know exactly how to give help that will really help. Or they may do it because they find meaning in their own lives by rescuing people who fall off tightropes. The reasons are varied and complex, but the problem is not that the person has fallen off the tightrope. The problem is that the person is living on it in the first place. Helping the person get back onto the tightrope is not helpful, because it is merely “rearranging the deckchairs on the Titanic,” or providing a Band-Aid that covers over much deeper issues.

When it is impossible or improbable that the PC is going to climb down off the tightrope independent of others, it becomes the job of the interventionist to provide a loving, supportive environment in which people who care can “push” the PC off the rope, resist efforts to prop the PC back up, and offer a net of appropriate, qualified, expert help to catch the PC and help him or her resume life with both feet on the ground.

A person in need of an intervention is incapable of seeing the impact that his or her lifestyle is having on others. The person’s friends and family have begun to realize that their efforts to suggest, hint, lecture, or otherwise help have been ineffective. It’s like each person has a small piece of a puzzle, which by itself cannot express what the whole puzzle looks like. To put it another way, it’s as if many musicians are playing their parts of a concerto at random times and in random ways, with no conductor and an audience who doesn’t want to listen. The task of the interventionist is to help the concerned people put the puzzle together so that when it is presented to the PC it is a clear picture of the PC’s life and how that life is impacting others. An interventionist is a conductor, who trains the musicians to play in a coordinated way.

The first day of a typical intervention is a training session during which family members and other participants become equipped to help the PC in ways that are truly helpful. During the training session, information is gathered and organized regarding the PC. Many decisions are made: Who will speak first? In what order will people speak? What will be said? Who will sit where? Will the PC be brought to the intervention, or vice versa? The second day of the intervention is the session with the PC, and if it is successful, it is followed by a referral—and if necessary, an escort—to an appropriate helping agency.

Getting Started in Recovery

Interventions were developed primarily in the field of alcoholism treatment, where there has been an obvious need. Many other kinds of interventions, however, can and do take place—interventions that are just as important to the quality of life of those involved as interventions for alcoholism. For example, there is the 40-year-old woman who is losing her family as a result of her workaholism; the 35-year-old husband and dad who physically abuses his wife and children; the 25-year-old anorexic or bulimic who can barely carry her 100-pound weight on her 5´10″  frame and who is at risk of sterility or the shutdown of her internal organs; the rigid, controlling man who abuses his family by misusing religion and words; and the list goes on. When a person is stuck in any kind of pattern that disrupts, endangers, or demeans his or her quality of life or other people’s quality of life, an intervention can make all the difference in life and relationships, both now and in future generations.

Jeff VanVonderen is a well-known author, the executive director of Spiritual Abuse Recovery Resources and an interventionist (www.jeffvanvonderen.com).