You are here: Home / Resource Center for Families / Resources for Codependents / Soul Loss 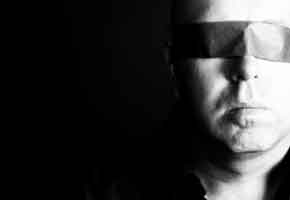 You probably know that the word "co-dependence" is used in several different ways. At first, it was used to refer to a specific illness common among the spouses and family members of addicts. The characteristics of codependency, however, fit so many of us–and they fit so well–that it has provided a helpful way of talking about a much more common shared experience. When used in this way, the word "co-dependence" can be almost a description for the human condition–that condition in which in one way or another we "take over" for God in other people's lives.

Whatever else can be said about codependency, it is clear that it is a path which leads to the destruction of our souls. Damage to the soul is one of the most prominent features of my own personal experience with codependency. My soul has been diminished by it. This experience of less soul–of less real life–is a shared one. From the quiet of Eden's garden to the competing noises of the last months of the 20th century we have taken on and transmitted shame, sloppy boundaries, false realities, inappropriate dependency and immaturity. And this has robbed us of emotional and spiritual health. Sometimes it seems like successive generations have become better and better at getting worse and worse. Both our culture and the Christian counterculture feel to me like we have lost our souls. Co-dependence has robbed us of the joy of a full and functional spirituality.

My family of origin began it all by transmitting co-dependence as if it were genetic. My mother once said I "came from a long line of co-dependents." Most of us who struggle with codependency find that it has deep roots in our dysfunctional family systems. That is not, however, the entire story. As an adult I "perfected the art" of codependency. I practiced it until I was an expert.

The career choices I made had a profound effect on the development of my codependency. Like many who chose a career in ministry, I can look back on the motivations for my early ministry and see the signs of codependency at every turn. I had little time or energy to "be" with the Lord but I had lots of time and energy to "do" for the Lord. In many ways my vocation as a pastor became contingent on my being co-dependent. The more co-dependent I was, the more I was approved and promoted. This had profoundly negative consequences for all of my relationships. Intimacy with my wife, Sara, was destroyed by my blaming, out-of-touch persona. I modeled, unknowingly, for my daughters a shame-damaged identity, sloppy boundaries, pseudo-reality, and inappropriate dependency. What was planted in my family of origin, I nurtured as an adult and I modeled for those I love the most.

It is important to emphasize that my spiritual conversion did not blunt my co-dependence. My devotions, church attendance, clear convictions and tireless Christian ministry did not have any healing effect on my codependency. On the contrary, they provided me with new avenues in which to express my progressively worsening condition. In my illness I was attracted to religious systems which did not challenge my co-dependence. Eventually the inevitable happened. Colliding forces and progressive co-dependence struck the match. The flame burned only for a short while and then I was burned out. Empty. Ashes. To my surprise, this emptiness created an opening for the grace of God. Good people in Christian recovery began helping me to see my addictions and my co-dependence. Gradually I have found limits, a positive self-image, an orientation to reality, and a new kind of relationship with God. My soul has been nurtured in ways I never would have dreamed possible.

Now I am completely healed. Hardly! I have made enormous progress. But the struggle is not a simple or a short one. I have recently allowed work projects to preoccupy me in old co-dependent, soul-draining ways. Just this week, in the anxious hours of the morning, my co-dependence was again confronted and I was stirred to reclaim my soul. No, I'm not all better–but there is progress.

It is my prayer that you will gain insight, hope and strength and that, together, we will diminish the grip of co-dependence on our generation and the next.