You are here: Home / Resource Center on Emotional and Relational Health / Dealing with Your Dark Side: Part 1 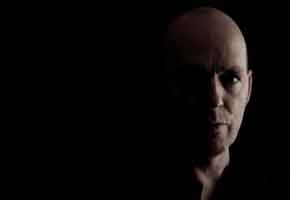 Albert Einstein once said, "For every problem, there is a solution which is simple, logical, straight-forward, and wrong."

Surely that axiom is nowhere truer than in the case of how we Christians deal with our dark side (or rather, how we don’t deal with it). By "dark side" I mean that side of us that we would rather no one ever knows about, the side that seems determined to pull us toward unhealthy, self-destructive behavior.

And yet, there is no more important area for us to be clear-headed about than this. For without understanding how to deal with our dark side, recovery is reduced to little more than a course in "How To Be Socially Appropriate in Public." True change requires us to grapple with our fundamental brokenness.

But unfortunately, Einstein’s Axiom is alive and well in Christendom today! Here are four wildly popular ways in which we Christians seek to deal with our dark side. None of them work.

This approach is based on a two-category view of mankind: saints and sinners. Saints, goes this theory, dealt with their dark side (i.e. their "old sin nature") at the time of their salvation. The only people with "serious problems" to work on are the "sinners" – those people outside the sanitized sanctuary of the church.

A pastor friend of mine told me that he wants to develop recovery ministry in his church, but that he is meeting resistance from some church members. One member worried out loud to him about attracting too many divorced and otherwise ‘chronically needy people’ to the church. "What will ‘normal’ people like me do then?" he asked!

That this attitude minimizes the negative power of our dark side is shown by the shock and disbelief among many Christians when "good" people do "bad" things – when seemingly wise, mature, gracious Christian leaders are caught in behaviors that are terribly inconsistent with their callings.

The sobering truth is, Christians have a dark side that’s every bit as active as non-Christians. In his letter to the church at Ephesus, Paul warns that even after we become Christians, our dark side (the "old self") actually becomes even more corrupt, not better!1 We Christians are just as capable of horrific deeds as anyone else. Or, as one wit put it, "We have met the chronically needy, and it is us."

This second approach acknowledges the reality of a dark side within us, but believes the best way to deal with it is to "fill your mind with higher things." Some do this by an all-consuming focus on "Who I am in Christ." It’s true that the opportunity to rebuild a damaged self-image by meditating on biblical truth is one of the healthy benefits of the gospel. But despite Christ’s work in our lives, we will remain a mix of light and dark, of strength and weakness, until the day we die. To build a self-image that is composed only of sweetness and light, and leaves out any acknowledgment of our on-going humanity, is just another form of denial.

Perhaps because we Christians have a hard time accepting ourselves as a combination of light and dark, we reserve our most vitriolic attacks for those individuals (or those parts of ourselves) who show evidence of being fallible. There is a rather sharp contrast between the grace-filled response of Jesus to the woman taken in adultery ( "You, who are without sin, cast the first stone.") and the ways we often pummel ourselves and others with shaming labels like "wicked" and "evil." Ironically, the Bible that is often (mis)used in these shaming attacks clearly states that the "shoulds" and "oughts" of the Law simply don’t work against our negative behavior. Rather than discouraging rebellion, the shaming and legalism actually arouse greater rebellion.2

And, from my own painful experience, shaming our dark side only serves to drive its activities underground, away from the harsh light of criticism, but also away from the healing light of God.

The ascetics in our midst believe that if you squelch it, stifle it, strangle it, and starve it, our dark side will eventually wither away and, if not die, at least not bother us anymore. What the ascetic finds, however, is that his struggle with the devil often becomes an obsession in itself, much like those that drove monks to sit on flagpoles, or to wear camel-hair underwear.

But there is an even more important truth here. One level down, below that addictive or unhealthy behavior we’re so anxious to stamp out, is a broken place – a wound, probably inflicted in childhood. Until that broken place is healed, the most we can hope for is to switch addictions. Because, like cancer that metastasizes throughout the body, if we only treat the symptoms, it will inevitably pop up somewhere else. It’s new form may be more socially acceptable, such as an addiction to food, or work, or to helping others. But the pain underneath goes untreated. And, as Jeremiah 6:14 says, "You cannot heal a wound by saying it’s not there."

Patrick Means is a therapist at The Legacy Center in Seattle, WA.