You are here: Home / Center for 12 Step Recovery / Why Do Christians Need to Work the Steps? 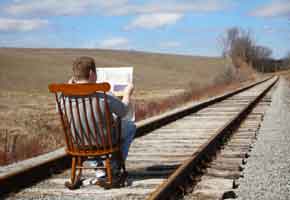 Often, when discussing the Twelve Step method of spiritual growth with fellow Christians, I have encountered a strong resistance to the idea of actually working to improve oneself. The verse most often quoted as justification for this attitude is Ephesians 2:8-9: “For it is by grace you have been saved, through faith–and this not from yourselves, it is the gift of God–not by works, so that no one can boast.”

Unfortunately, most people don’t go on to notice the next verse (Eph. 2:10), which states, “For we are God’s workmanship, created in Christ Jesus to do good works, which God prepared in advance for us to do.” For proper context we should note that Paul was writing to the church members in the city of Ephesus who were embroiled in a major controversy. Some of the Jews who had become Christians were insisting that the Gentiles had to be circumcised and converted to Judaism before they could be accepted as Christians. Paul refutes their belief in Ephesians 2:11-22 and even more strongly in Galatians 2:11-21.

The work that Paul rejects is religious behavior designed to get God’s approval. But Paul is not saying that Christians have no need to work to improve themselves in this life. On the contrary, we were created “to do good works.” Numerous texts in the New Testament emphasize this. I especially like this excerpt from Eugene H. Peterson’s version of Jesus’ Sermon on the Mount:

“Knowing the correct password–saying ‘Master, Master,’ for instance–isn’t going to get you anywhere with me. What is required is serious obedience–doing what my Father wills. I can see it now–at the Final Judgment thousands strutting up to me and saying, ‘Master, we preached the Message, we bashed the demons, our God-sponsored projects had everyone talking.’ And do you know what I am going to say? ‘You missed the boat. All you did was use me to make yourselves important. You don’t impress me one bit. You’re out of here.'”1 (Matthew 7:21-23)

Jesus didn’t have much good to say about people who don’t walk what they talk. In whatever way a person interprets this scripture, it is obviously a warning to people in the church and not a warning to people in the world. People who are not believers would never claim to have prophesied, or to have driven out demons, or to have performed miracles. I believe that this warning is about maintaining personal integrity in one’s relationship with the Lord. Most people who have read the A.A. Big Book are familiar with the saying, “Faith without works is dead.” However, many A. A. members don’t know that this expression comes from the book of James (James 2:26, King James Version). Nevertheless, this spiritual truth is never more apparent than when we realize there are many people who have attended Twelve Step groups for many years, yet very little in their lives has actually changed. Likewise, there are many people who have attended church regularly for many years whose lives haven’t changed either.

The message is made undeniably clear in the New Testament that all of us who are Christians, not just those of us in addiction recovery, are expected to work to improve ourselves. The biblical term for this process is sanctification (1 Thessalonians 4:3-8). We who work the Twelve Steps should never claim that this is the only method of of sanctification. It is, however, a program that we have found to be a solid, reliable system. Steps Four through Nine are particularly important because in order to be the examples of godly living that Jesus calls us to be in Matthew 5:13-16, we must continuously work to improve our own lives. After all, what is the difference between the Christian who talks about Jesus constantly, yet can’t stay clean and sober, and the person in “secular” recovery meetings who is not a Christian and yet manages to get and stay clean and sober? A selection from A.A.’s Twelve Steps and Twelve Traditions may help to explain this problem:

Now, let’s take the guy full of faith, but still reeking of alcohol. He believes he is devout. His religious observance is scrupulous–he takes pledges and more pledges. Following each, he not only drinks again, but acts worse than the last time. Valiantly he tries to fight alcohol, imploring God’s help, but the help doesn’t come. What, then, can be the matter?

To clergymen, doctors, friends, and families, the alcoholic who means well and tries hard is a heartbreaking riddle. To most A.A.’s, he is not. There are too many of us who have been just like him and have found the riddle’s answer. This answer has to do with the quality of faith rather than its quantity. This has been our blind spot. We supposed we had humility when really we hadn’t. We supposed we had been serious about religious practices when, upon honest appraisal, we found we had been only superficial–the fact was we really hadn’t cleaned house so that the grace of God could enter us and expel the obsession. In no deep or meaningful sense had we ever (1) taken stock of ourselves, (2) made amends to those we had harmed, or (3) freely given to any other human being without any demand for reward. We had not even prayed rightly. We had always said, “Grant me my wishes” instead of “Thy will be done.” The love of God and man we understood not at all. Therefore, we remained self-deceived (James 1:22), and so incapable of receiving enough of God’s grace to restore us to sanity.2

C. J. Camp is the founder of The Lighthouse Christian 12-Step Group Ministries. He is also the author of When I Am Weak Then I Am Strong (Writers Club Press, 2002). For more information see: http://home.attbi.com/~cjcamp/